Hey there, thanks for dropping by… 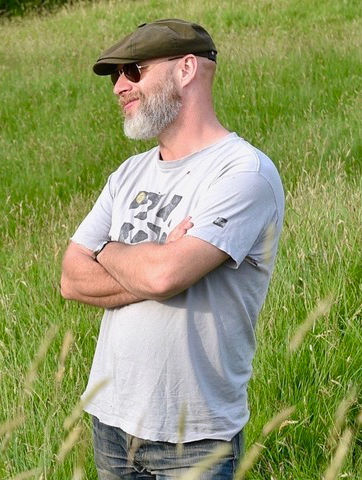 This website is for anyone interested in recording drums or percussion for their project or private lessons.

The shameful self promotion bit.

I started playing drums because like (most?) deep thinking 11 year olds it was the only possible route to TOTP.

My first break was with a band called ‘Black Grape’ back in a time called the 90s. We had a no.1 album in the UK and luckily for me the two producers (Steve Lironi and Danny Saber) went on to work with a wide spectrum of artists and I was invited to record drums and percussion for many of them (see credits).

Sound track work with John Murphy on films like ‘Snatch’ and Danny Boyle’s ‘28 Days Later’ among others followed. Recording everywhere from Manchester with ‘Electronic’ to ‘Hanson’ in LA, where Mexican food is much better.

Too much touring and recording led to working with Marcus Dravs and Steve Osbourne down at RealWorld Studios in Wiltshire, where I was invited to record drums and percussion for Peter Gabriel for the ‘OVO’ Millenium project… more recording followed for the album ‘UP’ and then world tours , learning about coffee from Tony Levin… oh, and playing Boules… a lot.

Post the ‘Growing UP’ tours, there was touring and recording with Goldfrapp followed by work on TV documentaries and more film, and freelancing. Projects have been eclectic to say the least from ‘The Imagined Village’ folk to ‘Birdy’ pop to ‘Clannad’.

Summer of 2016 I was playing Drums and Percussion for US/Canadian shows with Peter Gabriel and Sting on their ‘Rock, Paper, Scissors’ Tour then out again with the Afro Celt Sound System for Festivals.

There was also a lovely job with Brian Johnson from AC/DC.

Since then, like many, I’ve been sitting in a house practicing and avoiding C-19 whilst remote recording drums and percussion for Gary Kemp and most recently sessions for Pete Townsend…

When I’m not touring, I study and record remote sessions and teach privately in both North Wales and North West England.

Ooh, and I’ve taught workshops for Universities, Colleges and Youth Services in amongst all the above…

Feel free to drop me a line ([email protected]) if you feel I might bring something to your project.

Ged is a major Groovemeister. Many tracks have come alive with his playing. Whether with drums or percussion, Ged can effortlessly drive the rhythm section with power and passion or, with a delicate sensitivity.

With Ged on board, you get all sorts of ideas down really quickly and everything will be in time. Any editing is then a doddle. He is wonderful to work with, generous to a fault and always open to new ideas.

I can't think of anything bad to say about him, unless I mention his Boules…

Ged's the kind of drummer that will listen to your song, figure out what it needs, then play it really well. It sounds simple but it's a rare quality.

I’ve always liked things that break a pattern whether it’s in food, plates and eating utensils, clothing, film, writing or music. Anything.

Ged Lynch fits right in this view along with his crazy wild collection of instruments and approach to using them.

Look out. Highly recommended for anyone wanting to push some boundaries and have a shitload of fun doing it.

“I’m fortunate enough to have played with a number of the world’s leading drummers.

“Ged, is equal to that company. He plays with authority and sensitivity, violence and delicacy.

“He excels both in the studio and live. He is a pleasure to work with.
(In after four; stop when everyone else does!)”

“Ged’s timing is amazing and his sense of detail and care for the music is second to none.

“Ged can really make your track better and he has a magic to his playing that is very hard to replicate anywhere else.”